BS 1363 (Type G)
This plug, commonly called a 13 A plug or 13 amp plug, has three rectangular pins forming an isosceles triangle. The BS 1363 plug has a fuse(3A/5A/10A/13A) which is suitably rated to protect the appliance's flexible cord from overload.

Used in: UK, Ireland, Cyprus, Malta, Malaysia, Singapore, Hong Kong.
The Type G electrical plug has three rectangular blades in a triangular pattern and has an incorporated fuse (usually a 3 amps fuse for smaller appliances such as a computer and a 13 amps one for heavy duty appliances such as heaters). British sockets have shutters on the live and neutral contacts so that foreign objects can’t be introduced into them. 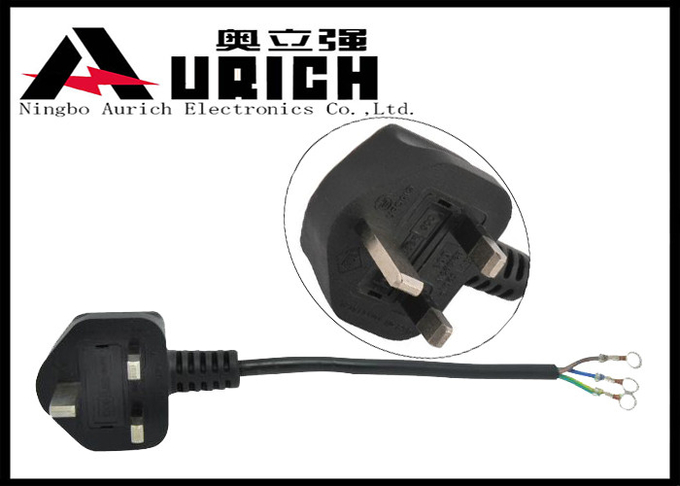 1) We will reply your inquiry in 1 working day.
2) All our power cords are compliance with safety standard.
3) We ensure 100% good cables for delivery.
4) Secure pay,paypal payment is acceptable.